This is a very short, barely interactive test of many-frame animation in Bitsy.

This game was made as an exploration of the possibilities of Bitsy, a browser based game creation tool developed by Adam Le Doux.

Want to support my free games?  I sell merchandise featuring characters and designs from some of my most well received games. Every purchase helps me to not starve on my way to releasing my next game!

This is pretty cool. Maybe this should be enabled in the real version of Bitsy

You need to make a fully fledged game

Wow!  I'm still new to Bitsy--care to share how you have animation with more than 2 frames?  Are you using keys or something?  I only understand the two-frame basic animation scheme.

I basically merged multiple animations in the game's data.  In the game's data, a tile's graphic is stored in a grid of 0's and 1's (0 being background color, 1 being the main color) that corresponds with the pixels of the graphic.  An animation is stored as two of these grids with a ">" between them to indicate that the first grid becomes the second grid as the game animates.  So, if you create a bunch of tiles with the animation frames you want for one animation, you can link the animations together like so: 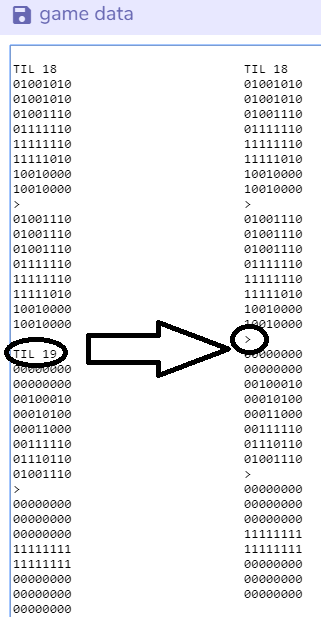 Oh, that's awesome!  Thanks for a great explanation. 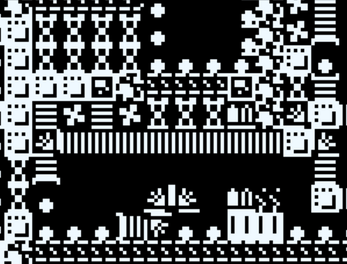